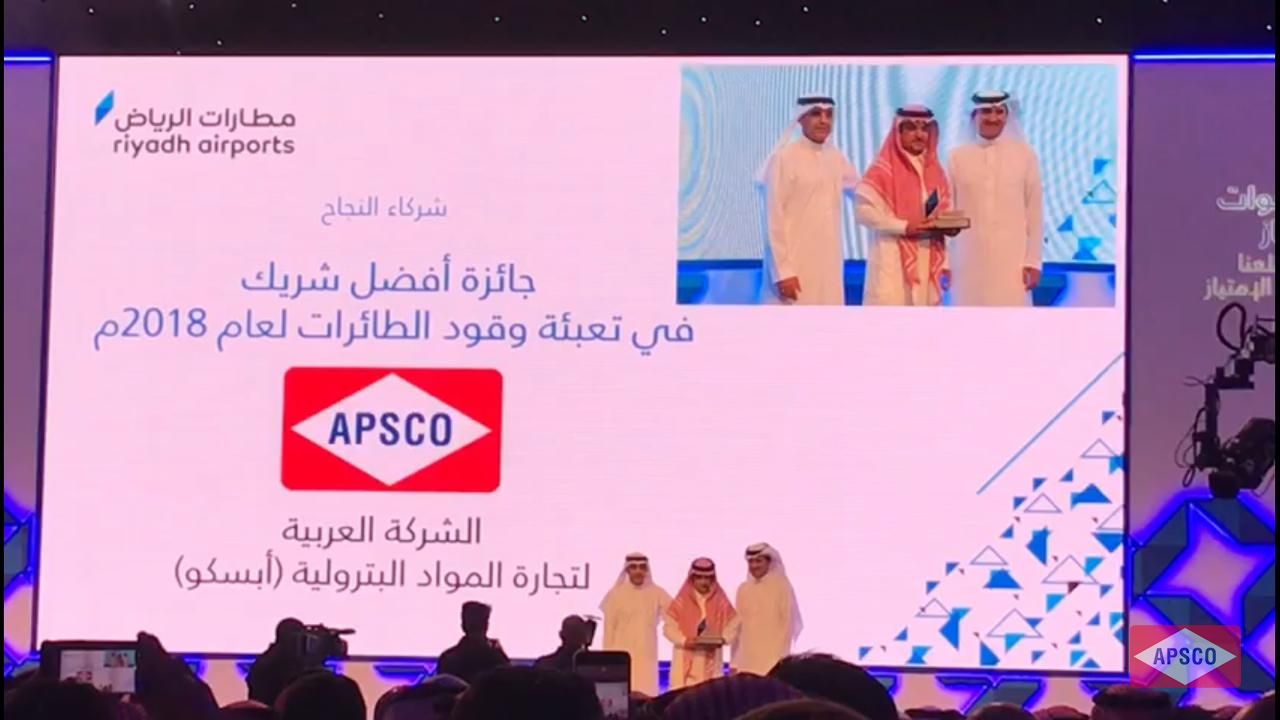 Riyadh Airports Company (RAC) celebrated its three year anniversary on July 2, 2019 and gave special recognition to APSCO as the best aircraft refueling company in the Kingdom. The delegation was led by APSCO’s Operations Manager Eng. Majed Alhazmi. Dr. Mansour Al Mansour, MD of RAC, along with government officials, and representatives of both the public and private sector companies operating at the Riyadh were present at the event as well as RAC staff. Dr. Mansour Al Mansour delivered the welcome speech, extending special thanks to the unwavering support of the General Authority of Civil Aviation (GACA) and all operating business partners. In addition, Dr. Mansour al Mansour highlighted the milestone achievements of the three preceding years and discussed the key developments that were on the horizon for the upcoming five years, and gave praise to all business partners for their continuous contributions and support towards RAC’s success.