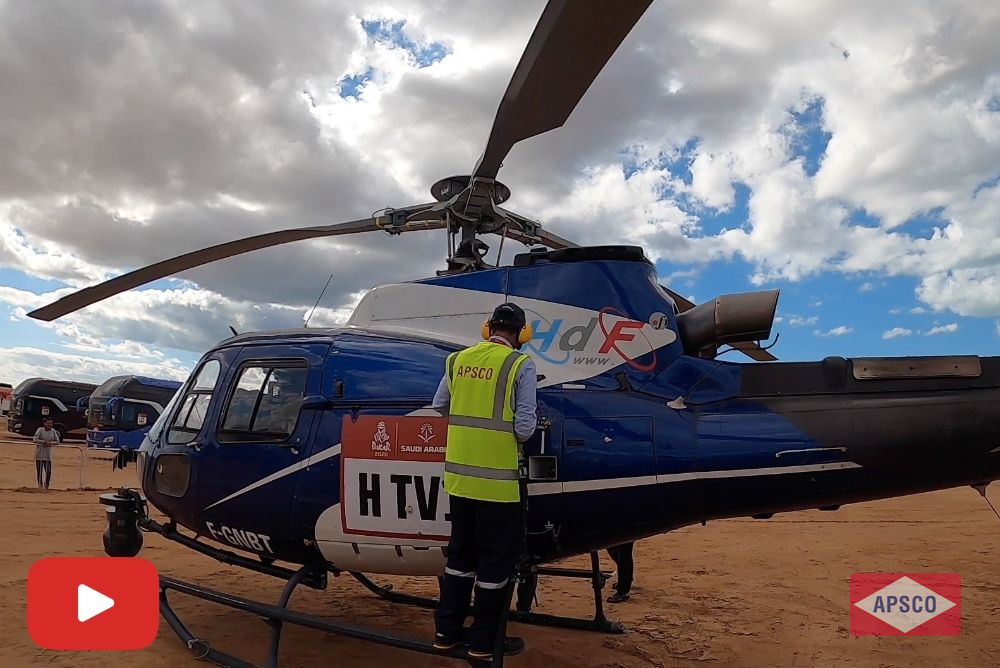 APSCO assists in the Saudi Arabian DAKAR rally as a fuel supply supporter.

ASPCO participated in the Saudi Arabia’s DAKAR Rally which occurred across the country from the January 5thto January 17th. The rally spanned all over the Kingdom and racers drove from Jeddah to Riyadh (Al Qiddiya), crossing multiple checkpoints including Al Wajh, Neom, Al Ula, Ha’il, Wadi Al-Dawasir, Shubaytah and Haradh.

APSCO acted as a fuel supplier support for the Jet A-1 fuel necessary for the helicopters that covered the race, specifically in remote areas. APSCO was selected for this undertaking due to the credibility of the company and its reputation as the number one fuelling company in the Kingdom of Saudi Arabia.