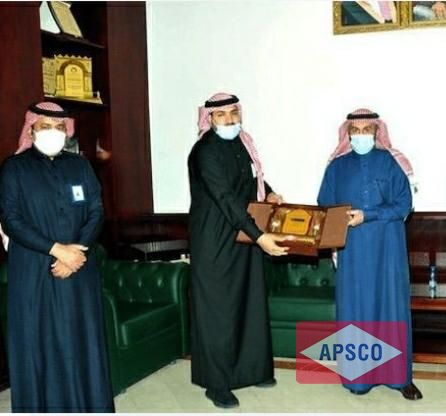 APSCO Fuels took part in an event at Gurayat Airport to celebrate the awarding of its license certificates. The APSCO station was awarded a Joint Inspection Group (JIG) certificate, and the airport received its license certificate, issued by the General Authority for Civil Aviation (ICAO). A number of dignitaries were present including the Governor of Gurayat, Mr. Abdullah Bin Saleh Al-Jasser and the Director of Gurayat Airport, Mr. Rawaf bin Mujahid Al-Kwaikibi, along with a number of airport employees to praise APSCO for its achievement.