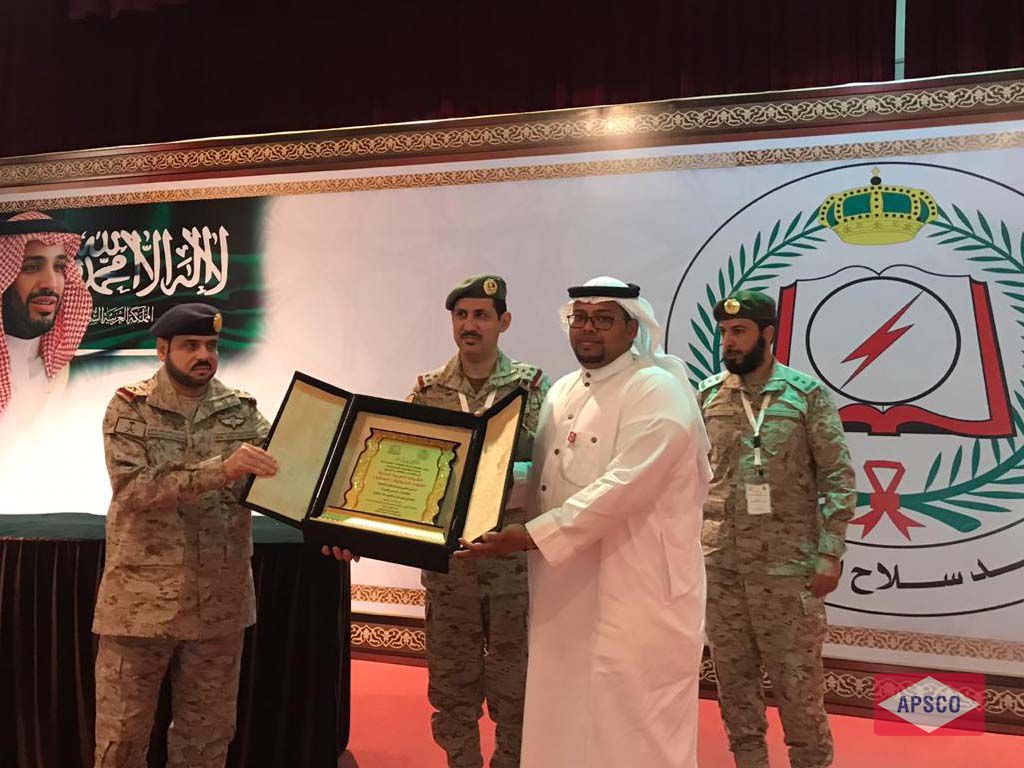 Dedicated to eliminating substance problems, APSCO shows its support for the Armed Forces for Prevention of Drugs Exhibition

APSCO participated as a silver sponsor in the Armed Forces for Prevention of Drugs Exhibition that occurred from the 29th of October to the 2nd of November. The event took place in TAIF city, and was centered on the theme of drug prevention and raising awareness of substance abuse. APSCO’s commitment to support this program showed its concern for the issue and the desire to see this problem eradicated.

The event focused on the strategies and programs that need to be put in place to fight and prevent such occurrences. The drug control administration for the Saudi armed force, in cooperation with the center of armed forces for psychological care were recently able to finalize a specialized program based on scientific fact gathered in the last year and dubbed it the “Armed Forces for Prevention of Drugs.”